My reviewing packages from Foxy Digitalis exposed me to a lot of great music this year, including spectacular vinyl releases by Spires that in the Sunset Rise and Pink Priest, the challenging, dynamic experimental work by Anthea Caddy and Thembi Soddell, and tapes that include Million Brazilians, Hulk, Flesh Coffin, and more.
This year I've also traded a lot of vinyl and benefited from plenty of enjoyable listening experiences, from small-scale private press releases to new LPs from some of my favorite acts (Lumerians, Nada Surf, A Place to Bury Strangers, etc.).

Chicago drone artist Cinchel helped me start 'Spective Audio by agreeing to release his drone.dump on tape and including his individual watercolors with those layered drones; he also contributed some of his work for the Vital Sound compilation. Cinchel is not only my friend, but a thoughtful drone guitarist and sound manipulator, and he shows the development of his work on his 2012 release, Stereo Stasis. When Aristotle argued against Plato's philosophy, he said that we love the truth more than we love our friends; in this case, I love Cinchel's work because it's great to see him develop as an artist, and you should take the merits of his work beyond my word. Cinchel executes three pieces that alternate between boundless, airy imagination and intense, truncated cycles, accompanied by singular packaging to accompany the privately pressed release. 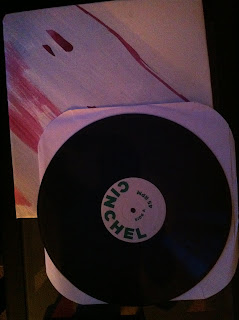 "Revelations Upon Waking (mysteries)" opens Stereo Stasis (self) with a spirit of wonder that conveys the joy of perceiving the world's elements and vitality. Ringing tones alongside unfolding drones produce robust layers; the release is decadent and royal without sacrificing the fast-paced metamorphoses of perceiving reality. Cinchel foreshadows his next two pieces with fast decay and slightly glitching timbres, which he completes with fully truncated, suspended drones. A fragile keyed melody line lays a ringing foundation for the fluctuating, modulated lead sequences on "Wandering/Collapse/Breakdown/Ultimate Heat Death," Cinchel's third piece that occupies the entirety of the B-side. Overall, Cinchel carries a warm, nearly organic tone throughout the vinyl, developed crystal clear sounds that almost ring like the most effective clean tones of paisley pop. One is truly aware of the coextension between imagination and perception through clear production.
"Static (Homeward Bound)" shifts from the delightful perception of "Revelations..." to the cyclical objects themselves. There is a roaming, underlying decay that completes these slowly rising cycles, suggesting a process of toil or repetition. True suspension. As these cycles truncate and return, Cinchel produces seams or rolling waves, presenting tangibles objects to experience through this drone. "Wandering..." completes these themes, riding symphonic crescendos and consistent swelling to a beautiful culmination in tremolo'd, fluctuating tones that are clustered with high frequencies to replicate a shimmering arpeggio of elements. A dramatic shift completes the piece with high frequencies decaying into dramatic bowing, building and releasing tension into a static, washing sound that overwhelms the frequencies. Those rolling waves crash into breakers, completing the release through intense, otherworldly sequences. 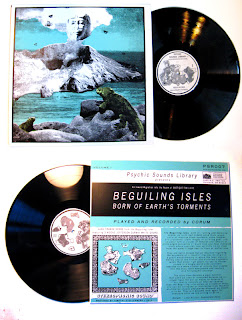 Opposite Cinchel's private press drones, which remind me of Pink Priest's LP Swallow Your Dreams (La Station Radar) and the extensive ambiance of Michael Vallera's work, Moniker Records' founder Robert Cole Manis turned me on to Corum's Beguiling Isles (Psychic Sounds) LP, which he recommended during a mid-summer stop into Permanent Records Chicago. Along with the Psychic Sounds Library's work on the Million Brazilians tape I reviewed this year, Corum's work bends and twists sounds into mystical, challenging tones. At his best, Corum's work is nearly atonal, bending instrumental elements into swirls of engaging trance. I hesitate to call the work ambient, as it conveys attitudes as much as spaces or places; it's deeply spiritual, anonymous, culture-bending music.
Into the world of structured music, upon following the threads of Permanent Records and aQuarius Records mailing lists, I began following S-S Records this year. I jumped into some older releases from the label, landing a copy of Cheveu's American pressing on S-S at newly minted Hausfrau Records in the Detroit-Shoreway Neighborhood of Cleveland. I also picked up a copy of Michigan Haters by Sightings, and a Dan Melchior release, in order to canvass the spectrum of alternately playful and brutal acid jazz and blues. It might be music older than 2012, but this label stands out with its creativity and quality. 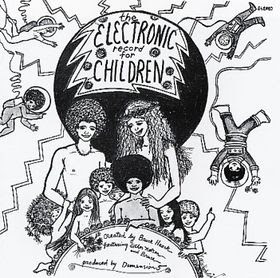 After reading about the album online, I encountered Bruce Haack's Electronic Record for Children (Mississippi/Change) at Hausfrau Records. Upon testing the first cut of unfettered synthetic madness, I was sold, and the straight-up positivity and consciousness-building attitude of this album was quite a treat. Haack's project bleeds honesty, showcasing great faith in the ability of music to transform our minds and our experience of reality. Of course, it helps that this type of pedagogical and "electronic" attitude might only have ever been found in the 1960s, but Haack's work stands out as a beacon of hope against the cynicism and commercialism of the hippies (or most exploitation psych). It might not be as experimental or strange as The United States of America, but Haack's work still portrays this feeling of endless optimism and potential in these new synthesizers and electronic effects.

On a journey to space from Haack's release, one might also encounter Lumerians, that singular Bay Area group that boasts two masterful albums in as many years. While last year's Transmalinnia (Knitting Factory) found the group placing their droned out instrumental experiments against rather concise, energetic psych rock songs, this year's Transmissions from the Telos Vol. IV (Hands in the Dark / Permanent) explodes those instrumentals into this other-worldly, free form fusion. One of the great successes of Transmalinnia was this hypnotic, dream-like feeling that crept throughout the instrumentals on side B, building this progression of dreams that exceeded the structures of the songs. On Transmissions, the group invert the formula, moving between three energetic, jazzed up compositions that trade in structured songs for this type of free, universal rhythmic end of krautrock. As the popularity of krautrock explodes in songwriting, there are dense appropriations as well as synthy, electronic appropriations of that movement, but Lumerians surpass all of that with their logical completion of the movement's most unfiltered, robust moments. 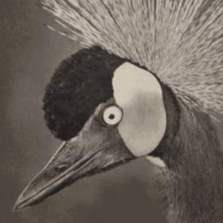 The release concludes with a foreboding drone on the B-side, exuding tones that sound downright menacing comparing with the bright A-side. This side-long work decays into a bare rumble, as though the group can no longer sustain these transmissions. By contrasting their A-side, Lumerians complete their compositions by exceeding the bounds of their previous releases; they enter another world, promising and new, a world with objects and experiences that overwhelm communication, compromising transmissions. The group turned the expectations from their previous work into something creative and surprising. In the future lore of krautrock, one wonders when it will be reported that the group sold something at a crossroads in exchange for an ability to leap into the future with experimental sounds.
Posted by Nicholas Zettel at 3:08 PM